The new and shiny Netbeans 6.7 RC2 was released today and if you haven’t tried it out yet, please go and download it. It has host of new features which you can

read here. My favorite feature in Netbeans 6.7 has been the out-of-the-box Maven integration and the ability to create Hudson continuous integration servers.

But more importantly, after you have downloaded Netbeans 6.7 RC2 and played with it enough, please give feedback to the Netbeans developer team about the release. There is a survey called the Community Acceptance survey which is integral to guarantee that the release is acceptable to the community. Isn’t that what open-source software is all about – the community. Please fill in the survey and give your very important feedback.

Posted by Saptarshi Purkayastha at 10:05 AM 2 comments

Google Vs Bing, Squared Vs WolframAlpha. Google’s Got Competition

All of a sudden, Google has got competition that it never has had to face before. Microsoft’s new search “Bing” was launched last month with some fanfare and why not?? It is probably Google biggest search competition till date. If that was not all, today Google released somewhat of a second thought to Wolfram Alpha called Google Squared.

If you have never heard of these new products, hold your horses. You can read about these below and then play with them.

Microsoft has always been on the loosing end of the battle on the web. Be it search or online advertising, Google has ruled the roost. With no competition on the horizon and Google incrementally improving search and ads, I was thinking Google was unbeatable. But Microsoft has other plans. A revamp of the Live search and a new name “Bing”, Microsoft’s search engine does for the first time give some serious competition to Google. Its been over a week now and I have been ‘binging’ (as googling) on Bing as my default search engine and I seem to quite like it. Its easily better than what Live Search was and as accurate as Google, if not better. And Bing’s not just plain-old search. Microsoft has presented Bing as a nice little query engine. Like Flight Search, Shopping Decisions, Fitness, Traffic and much more as you can see from “The Demo Tour” of Bing. Even Apple’s co-Founder Steve Wozniak, who is generally skeptical of Microsoft feels great about Bing!!

Now Google’s homepage is really simple, whereas Bing shows a nice little “wallpaper” as the background with some random interesting knowledge hidden in the wallpaper. And that Bing Wallpaper changes everyday with some new knowledge and interesting facts. Go try and find out for yourself!!

While the world is in love with Wikipedia and clicking on all those links in Google search results for finding relevant information about a topic, WolframAlpha is released as a semantic search to gather all that information and show you most common information on a single page. Now as simply as WolframAlpha presents the information, its a real tough computational problem to solve. Google has released Google Squared as an attempt to do a semantic search and present relevant information in a similar fashion. The output of the results do wary greatly and for me WolframAlpha has nearly every time been more relevant. As an example, I searched “India” as the keyword and WolframAlpha presented a real encyclopedia style information with the maps and the stats. Google Squared on the other hand was too generic (like Google Search) and expected me to do more reading/searching on each of the squares (as you can see from the screenshots below): 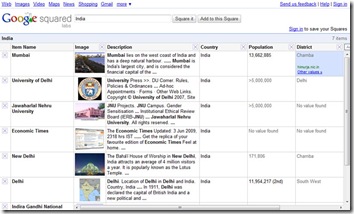 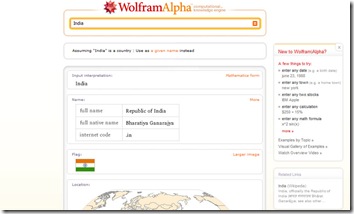 Then while a friend of mine and I were discussing about Nazi Germany and SS, I decided to do a search with “Schutzstaffel” as my keyword and below are the results: 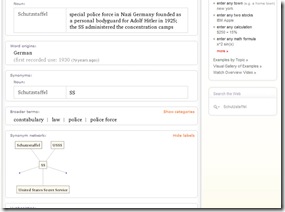 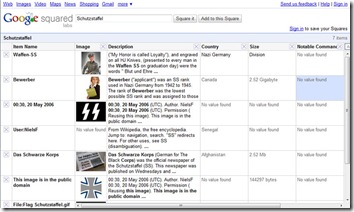 I would surely say Google’s got some serious competition. Google’s Web is going to change after all!!

Opera 10 Beta Released and a “Y2K” Discovery for the Web

Opera has released a beta version of Opera 10, which promises faster web rendering, more accurate standard compliance (e.g. 100/100 on ACID3), Opera Turbo Browsing, Auto-updates and a hell lot of new features. Opera has been well ahead of the curve in terms of features and implementing new standards and Opera 10 is surely on that path.

While web browsers are one of the most widely used application for computers, not everyone has reached version 10 of the browser. Opera is currently beta testing v10 of its browser and in this process has discovered that a lot of browser detection scripts for websites have a bug of being able to detect only a single digit version number. Much like the Y2K-bug in applications, these browser detection scripts thus think of Opera 10 as Opera 1, and hence show one of these quirky little messages you can see in the image below: 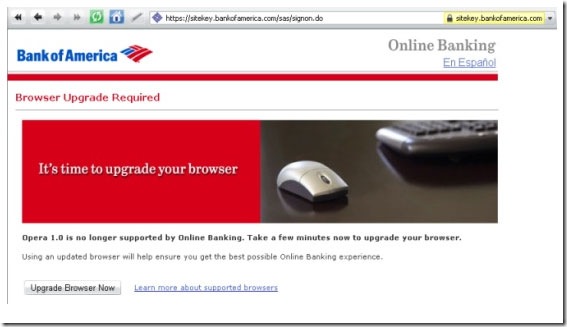 While Opera 10 has hacked its way through by renaming its version as 9.80 and putting the browser version in the user-agent part, this problem begs a bigger question to be answered. Opera developers suggest browser-specific hacks and browser detection is not a good thing and such hacks should be avoided. Other people around the web seem to think these web developers need a spanking. While both these opinions are pointing towards the ideal web, none of these are realistic. Because of the way the browsers have understood the ambiguity of web standards differently, the normal web developer has no where to go. There are so many differences in the way IE/Firefox/Opera/Safari render HTML+CSS and execute JavaScript, there isn’t one holy grail that all of us can follow. To adapt to these changes, as web developers we need to hack our ways through some real painstaking quirks. And to avoid some pain, most of us pickup readily available browser detection scripts and feel happy that things work on all the browsers.

This will continue to happen for sometime in the foreseeable future, unless the browser companies sit together and decide how they want to render things... Or the experts from the standards committee write standards that are a little-less ambiguous.

As you have already found out, I haven’t been blogging lately because of the travel and development work I have been doing for HISP India. One of the new developments that I have been working over the last 3 months is a mobile phone application for routine health data collection, obscurely called “Mobile-SCDRT”. Its a Java ME MIDP that runs on all those commodity mobile phones and is used by a community health Sub-Center for Data Reporting and Transmission (SCDRT). Now you know where that obscure acronym came from and I am unsure who gave it that “wanna-be” name.

That apart, the mobile application is being deployed part of a pilot in the 5 states of Himachal Pradesh, Kerala, Rajasthan, Nagaland and Gujarat. As part of the pilot 200 health workers from the above states receive a Nokia 3110c mobile phone with the application installed and use the application to report the routine health-related data that is collected by the Government of India as part of Health Management Information System (HMIS).

The following is an architectural overview of how the application works for those of you interested in the technical details: 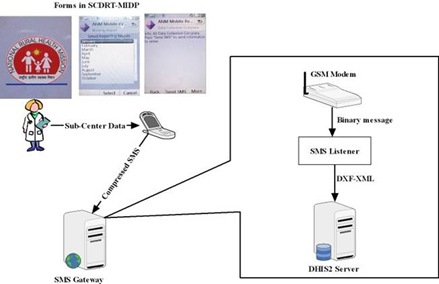 So, DHIS2 is where the data gets added after being sent from the mobile phone and in DHIS2 you can do all the analysis and “use of data” for health program decisions. There are other nitty-gritty details of the application and lots of new learnings for me, but I’ll leave that to another blog entry for another day.

We have started the pilot in 2 states: Himachal Pradesh and Kerala. Its been running for close to a month now in these 2 states and from the looks of it, people are happy and excited to use it. Recalling an incident from the launch in Kerala:- When just about 15 minutes of looking into the application, a JPHN (Junior Public Health Nurse - as health workers are called in Kerala) could explain the whole application, its use and reporting procedure to her colleagues better than most of us could. It was a wonderful and humbling experience for us to see that people were so much wanting to use the application and learnt it so quickly. It was satisfying to see that it was helping the health worker to make her reporting process more efficient. What was more rewarding for her, as I understand now, was the job perk that she thought she got in the mobile phone. The mobile phone was not just a tool for reporting, but also something that she would use for calls and show it to her kids and family. Few JPHNs were instantly taking photographs of our launch using the mobile phones we provided. I hope I can have many such satisfying moments through my work in health informatics.

But not everything was perfect in all this. I for one realized, that logistics required for a project of this magnitude is not an easy job. Having a team of people in the state and within us at Delhi is a challenge. Discussions of inefficiencies and incapability of the team is a burden in itself to manage. Not everyone may have the goal to change the world and some might even be in it for the money. As for the logistics, we learnt early in the pilot at Himachal Pradesh that a “Step-by-Step” reference manual on using the application was a necessity for the health worker which she can refer to, when she’s at her home and using the application to report. Then there was the purchase of state-specific SIM cards and allocating mobile phone numbers to each health-worker and her reporting office. All this requires lots of planning and managing the logistics and repeated changing of plans has been a tough one for me.

The technical preparation of installing the application, creating the database and installing the server at the primary health centers, block hospitals and district health offices have also been somewhat of a mismanagement. Its been a complex process involving people with different work cultures and behaviors. But in the end the 2 pilots have been successful because its been an opportunity for health workers to report data more efficiently. Final results of the pilot await us, but the start has been great!

Posted by Saptarshi Purkayastha at 11:29 AM 2 comments