I’ve often thought that open-source contributions are towards “social good”, but I also realize it is a fairly naïve way to look at the open-source world. I was listening to a friend’s frustration of getting people to work together. She is a social worker and now in a political party is trying to make people work together to do “social good”. Participating closely in 3 fairly large open-source communities and following a few others closely, she asked me how I saw it works in the world of open-source. That’s where I thought it might be good to post my thoughts.

Open-source in its literal definition is just putting your code out. Doesn’t mean anything more. Though 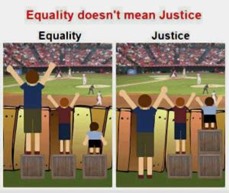 we have associated a few implicit connotations with the concept. Particularly, that there is an open, bazaar-like mode of working, which can be thought of as similar to the concept of democracy. But as we can see from the political conditions in different parts of the world, democracy isn’t one single thing. It is indeed a group of people working together towards a common goal, ideally each person having an equal weight of vote. But as the world is not idealistic, the more pragmatic meritocracy is acceptable. The open-source world looks at meritocracy through a number of aspects like code contributions, advocacy, documentations etc. with the general focus being towards getting work done. Yet, most research and discussion around open-source misses out on the aspect of power, tradition and culture of the communities that political scientists and sociologists have talked about for a long time. Open-source communities like other human networks have a vision of meritocracy and sometimes evangelize this vision, but often find it hard to practice.

Some open-source communities do have a BDFL, while others generally play by the resources rule. Resources include money, people, ideas and the group that possess these are generally considered more powerful. Some companies because of their “cool” products automatically make “cool” suggestions to the community and their work is “cooler” than the average contributor’s work. Because a developer works for a “cool” company, does not necessarily mean that every developer from that company has better skills than your average contributor. Some open-source communities value context-of-use, while others value “de-contextualization”. Many researchers have highlighted that domain-specific open-source software communities are better suited by being contextual. While, this challenge of being contextual and translating the contextual knowledge to a de-contextual developer, is also well studied, it is really not well enacted in domain-specific open-source community governance. Governance relates to decisions that define expectations, grant power, or verify performance. It consists of either a separate process or part of decision-making or leadership processes. Thus, when the next time you read about OSS 2.0, realize that governance plays a vital role in the challenge of domain-specific open-source communities.

Open-source communities are typically expected to work around an open-source license, some code of conduct pages and roles of developers. These alone, as we see from functioning democracies is fairly inadequate – judiciary, legislature, and executive. Media is often considered the 4th pillar of democracy. A vehicle that allows voices to reflect on how the other 3-pillars are doing. Good governance often comes from the fact that reflective voices are heard, understood and acted upon.

Yet, power plays an important role in sustainability or growth of a community. As an independent contributor (just as a citizen in democracy), one can either look at the power play, raise voice so that others see it or get fed up and leave.

I’ve setup a few virtualized environments starting from the good old Xen in 2004. Good web-based, remote management of the VMs has been a sore point for me, since you needed to have some Gtk or Qt app to do all the VM management stuff. Not that the desktop virtual machine management isn’t robust, but its just that when you are travelling and you just want to restart the VM quickly, a web interface does the work quickly.

Another thing about VM management is being able to look at resources in real-time use. There are people out there who love the command-line stuff, but I like a GUI for real-time resource management. Are there too many simultaneous users, high-latency requests, reporting occupying too much CPU? So SSH into a server through the command-line just doesn’t cut it for me.

I recently discovered the Archipel project, when trying to setup a virtualized environment for an NGO without system admin, who don’t need to know qemu, libvirt etc. The goal is that in a few clicks you’d have a virtual machine ready to be used. Another click to restart a VM. Another click to clone an existing VM. Increase or decrease VM memory or CPU cores etc. by moving some sliders. Isn’t that what linode or Amazon EC2 offers you ask?… But I have my own server in a local datacenter, which turns out to be much more ROI-effective and performance effective than those providers in the long-term.

Archipel does all of the above and much more. It is an excellent XMPP-based VM orchestration tool:

All you have to do is setup eJabberd-based XMPP server, make some configuration like the qemu host and it will find all the VMs from your list. You can even manage multiple hosts with multiple VMs from one eJabberd server. That’s not all. Most of the commands are like chatting to a bot and then it runs commands on libvirt. How cool is that?!? Being able to chat with your Hypervisor!!

On the client-side, you have to install a set of webpages on Apache and this can be on the same host as eJabberd or separate. The pages on this client-side app uses websockets or BOSH and has a nice looking UI. This allows real-time view of the virtual machines and the hosts. I also some the built-in VNC client that uses only JavaScript. So you do not have to install any client on the local machine. It all runs from the web browser. There is some lag, but if you’ve got a good machine and a browser with good internet connection, it works quite well.

There are some bugs in the client app that keep showing up, but all in all this is an excellent system. Virtual machine management cannot be easier than this… This is indeed the future of virtual machine orchestration.

Alter Table for column with Foreign key in MySQL 5.6 Fails

Oracle released the much awaited MySQL 5.6 GA on 5th Feb, 2013. Much to everyone’s surprise and

changing direction in some sense, lots of improvements were made available in the Community release of MySQL, which were expected to be only part of the Enterprise Edition only.

Eager to try out the new NoSQL and performance improvements in 5.6, I downloaded the new installer. It is a packaged installer than unpacks and installs connectors, workbench and few other things along with the MySQL 5.6 Server. A surprising place where I got stuck was trying to install OpenMRS. The liquibase changeset uses <modifyType> tag and attempts to change the varchar column size. This works well under MySQL 5.5, but fails in 5.6.

While I’ve tried searching for this change in the release notes, what’s new and few other places, I haven’t found this mentioned clearly for the MySQL 5.6 release. The problem is that earlier you could disable the foreign key constraints check, modify the columns that have the constraints and re-enable the foreign key checks. If you changed the columns on both ends fine, things would just work well. But in 5.6 it seems there has been a change to this and the only mention I’ve found is new error messages that the server can throw. There is probably some tighten of things around the constraints management, but I couldn’t find much.

Here are the server error messages from MySQL 5.6 and MySQL 5.5: