Why VoLTE (Voice over LTE) might take really long 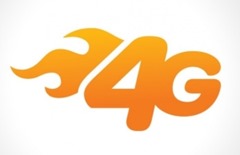 Evolution or 4G LTE) in their WTF series of articles. I’ve been following this interesting phenomenon that over the last few months many telecom operators are rolling-out 4G networks, but not fully utilising the features that 4G networks bring for Voice-Over-IP (VOIP).

So to give a bit of background on LTE and its advantages that I’m talking about. LTE being a purely IP network has the advantages of managing just one kind of data packet. This means that we can build tools around only managing IP and data packets. So all your gateways and routers could be optimized to lessons that have been learnt from using internet firewalls, messaging routers and what have you… Voice is also sent as data packets instead of having a different frequency for voice. GSMA puts some advantages to VoLTE:

But as you’ll see, its not as simple to move an existing infrastructure to another one. We’ve seen this in the case of IPv6 as well. Information Infrastructure  theory discusses in length the challenges of evolving/moving infrastructures. They don’t happen overnight, nor is there an obvious/expected path to how it’ll evolve! A couple of months back we heard Verizon’s deployment of 4G LTE, “there’s no rush for VoLTE”. If not using VoLTE, one can re-route the voice calls to the old-style Circuit-Switched (CS) network. But this handover between the network creates a lag of 3-4 secs, and my guess is that on heavy traffic could take longer. Investing in this handover might be another headache for the telecom operator, but that seems to be the path most of the operators are taking. The Reg article asks an important question “Are phone users - most of the population these days, though rather fewer of them will be 4G early adopters - going to put up with the pre-call lag? Will they accept a lesser experience than they're used to?”. An important question and the answer could be that operators will use 4G for data services and 3G connection for voice. So they’ll not move to 4G completely and still have their 3G equipment.

There is path dependency that the operators will take and this will result in much slower adoption of VoLTE. So while the operators think it might be fine to make the users wait a few seconds to get on the call, I don’t think users will appreciate that… I hate listening to some stupid beeps or never connecting the call on CDMA networks in India when making an urgent call!! We want 4G for the data speeds, but we decrease usability through the route which operators are taking. Why not get into VoIP apps through which calls can be made? Monetize that instead? Forget the fear that you’ll lose money from voice calls. Increasing volumes on data services will help. As an operator, you can always bundle cheap calls when using that VoIP app that you install as part of the SIM card.